The Toronto Island is a spot i discovered soon after first moving to the city back in 2009. It's essentially just a collapsed sand bar with an airstrip, an amusement park and a couple of car-free residential communities. There are no shops or restaurants; residents need to take the ferry into the city for everything. My main experiences there have been off-season, when even the amusement park is closed. In the dead of winter it's one of the most serene places in the city.

On my last day in Toronto i headed over to the island. The harbor was iced over, but it seemed like there was a clear channel for the ferry. Turns out that was true till about the last 500 meters or so, when our little boat became an ice breaker and had to crunch its way through to the dock. 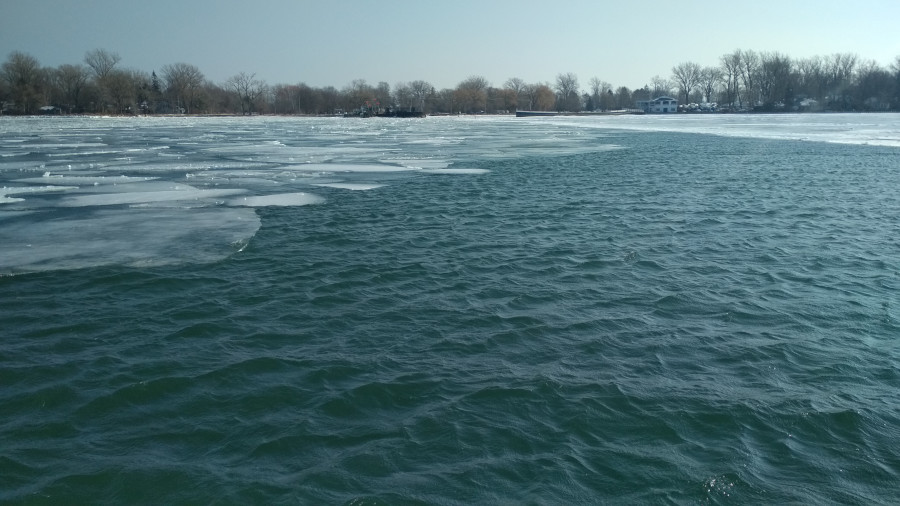 My favorite spot on the island is a little point at the east end where you can look across the channel to Leslie Street Spit. I have taken both my mother and father there when they came to visit, because i think it's so great. I have a delightful memory of showing my dad Ward's Beach, only to have him immediately strip to his underwear for a swim. I can't even remember the last time i swam anywhere.

One thing i never knew until i moved to Toronto is that the Great Lakes have waves. If you've only ever visited the ocean before, walking along a Great Lake is really bizarre. There is plenty of wind whipping up waves and tossing spray in the air, but there's no taste of salt and the water is a deep blue and doesn't foam. In the winter, the spray freezes as soon as it lands. This makes for some pretty spectacular ice formations. 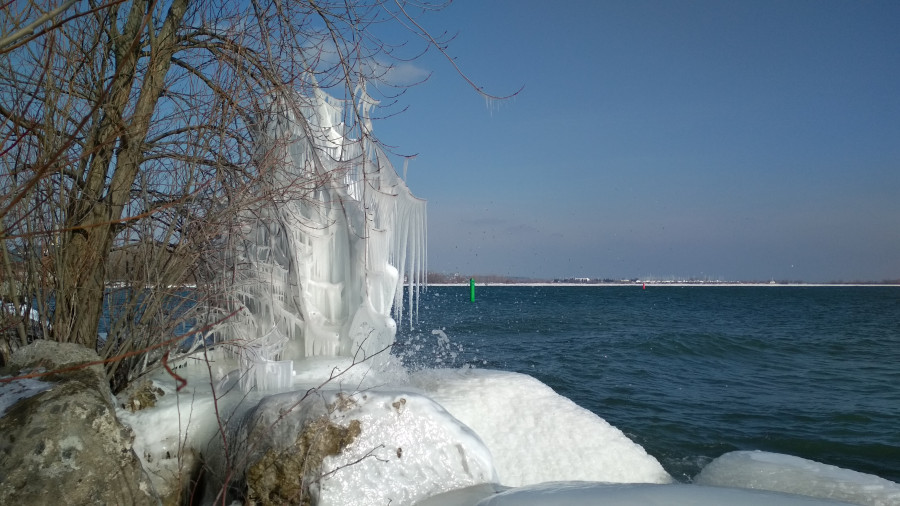 I got a great surprise a few km down the boardwalk where the entire pathway had been icicled. It was bitterly cold out there, but well worth the hike. There were a handful of brave Chinese tourists and a single hipster with an old-timey box camera taking photos, but for the most part it was totally isolated. I stayed as long as my body could hold it. 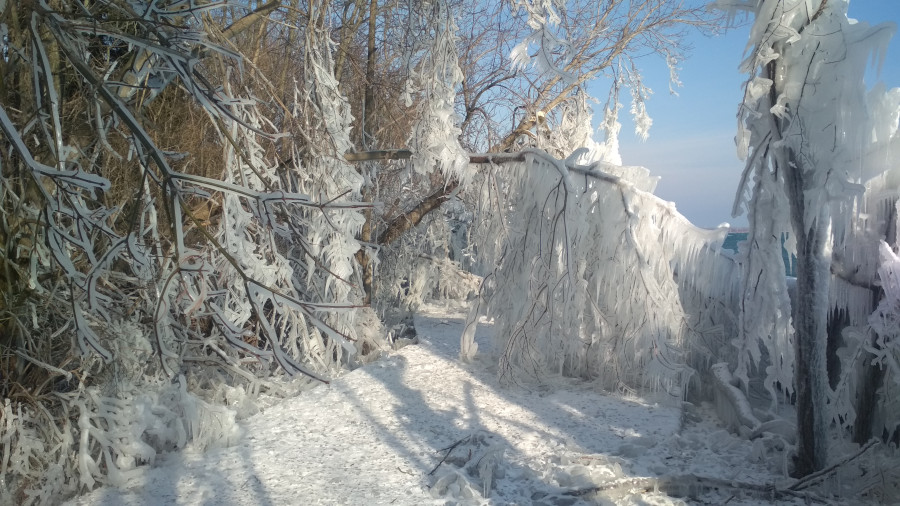 Which, actually, wasn't long. In total i guess i was outside for 4 hours in long johns, jeans, tank top, hoodie, bandana and beanie. No gloves. I only really noticed i had probably been suffering from exposure (hypothermia?) after i got back to my hotel and spent an hour shivering under the covers with the heater on. My fingers and legs were burning. I guess i finally got that "true" Canadian experience, after 10 days shrugging off the cold. I forgot that very cold temperatures are entirely manageable as long as you keep stepping out of and back into warm places every half an hour or so. It's only when you are out for extended periods that your body really starts to give out. I'll remember that next time a bunch of warm-climate people start lecturing me about how i need to buy a fucking parka for a 10-day vacation in a major city. 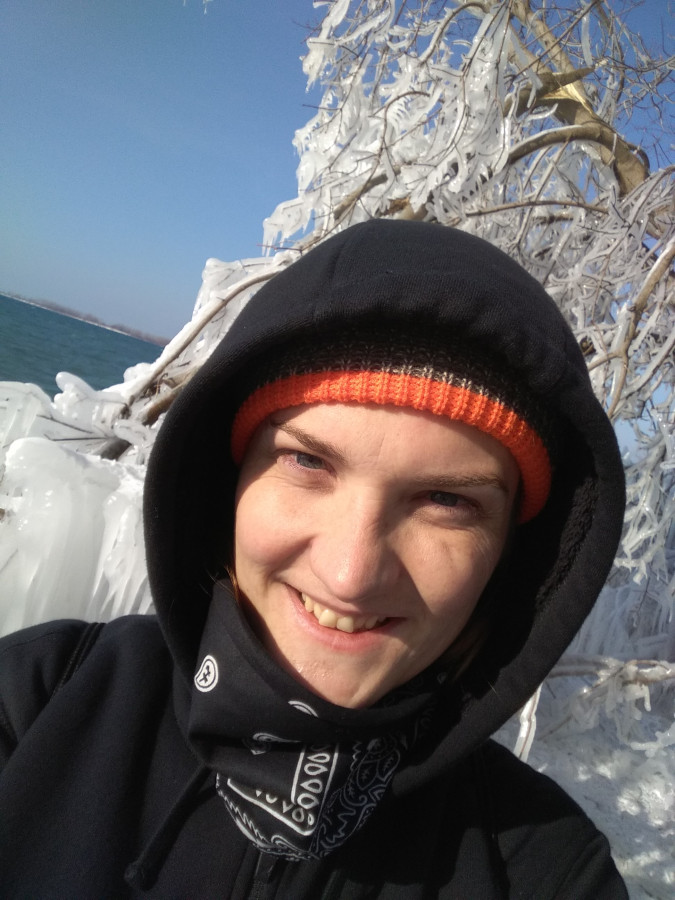 Anywho, cold aside, going out and enjoying the big skies was my favorite day of my trip. I will try hold on to the memories of those huge horizons while i am back here in the smoggy PRD. It's the ultimate North America to me. Clean air, no people and vistas that go on forever. 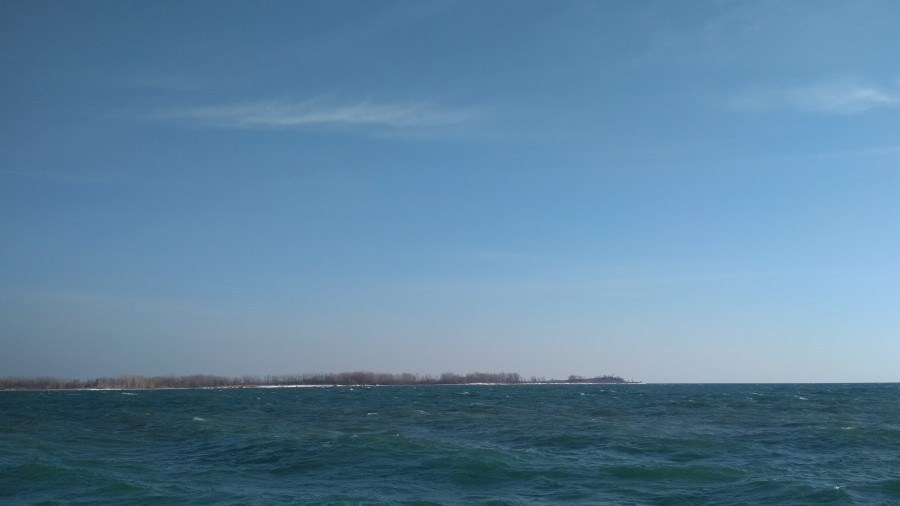 Coming up next - my flight to Hong Kong, joy at being back in Shenzhen and a production line physical where i failed to produce a full cup of pee.
Collapse