It's not midnight. It's almost 2am. I shall be a wreck tomorrow. Apologies in advance,

Let's rewind to my days in London. My last entry was first impressions, jetlagged and just arrived. I am still jetlagged, but since then i spent three days going to work in Bloomsbury district and walking all around the city. I took notes.

Tuesday night a couple of colleagues and i walked southish to see what we could see. We ended somewhere around South Bank, which is perhaps a less well-known London district, but you could describe it as the place where people go to take photos of the more famous tourist destinations on the north side of the river. Then we went more south, around some rail lines, till it felt like we were trapped in a depressing row of council housing. We were looking for somewhere to eat. The pubs were still very expensive. It felt oddly like the houses were too wretched for their location...

Everything is so small. The buildings are small. The space between different neighborhoods is short. The famously big things are small, notably the London Eye and Trafalgar Square and "Big" Ben.

Admittedly Big Ben is currently just a concrete spike covered in canvas with the original clockface on the side. I guess they are rebuilding it. 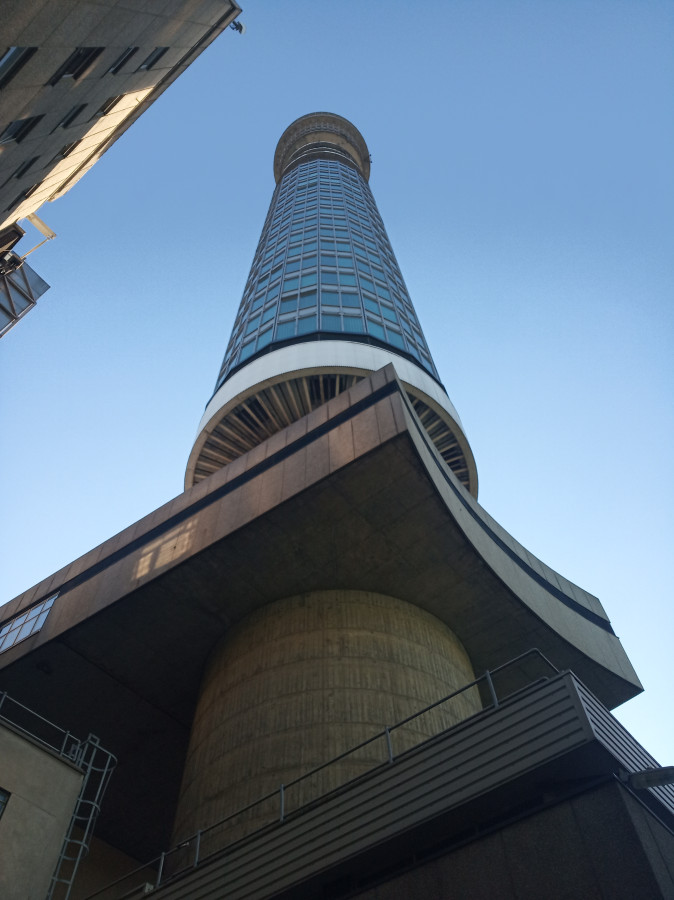 London i don't think was ever really a place we visited much. Only to catch a plane. I don't have any childhood memories of it beyond knowing we did do the tourist stuff at some point.

And yet i feel more at home than i expected. Much more. People are polite and helpful. I can speak English everywhere, even if the people around me are speaking Spanish or German or French. I "get it".

There are some things i don't get.

The pubs are odd. Unlike on the continent, there is a massive rush from 5.30pm to 7.30pm. During that block, everywhere is shoulder-to-shoulder, standing room only. Then after 8 they empty out completely. (It's still light after 8, by the way.) It's a very strange feeling for people to be gone home so early. The shops aren't open past 5 or 6 either. My Iberian colleagues in town for the same training as me were similarly surprised, and they confirmed it. The city really is a ghost town in the evening.

There are also a lot of people in suits. So many suits. Some people wear suits in Shenzhen, but i figure they must be Hong Kongers or bankers. (Is that redundant?) In Berlin noone wears suits or they'd be laughed out of the room. My colleagues teased me over my visceral negative reaction.

"They're not assholes, they're just going to work to earn money to feed their families."

Suits aside, it is nice to be in a country again where people are bigger and taller like me, and where women wear sleeveless tops. China and the continent are upside-down countries. People tend to wear short bottoms and long tops. I feel like England and the colonies are the other way around, which is how i prefer to dress too.

Dear lord, we went out for dinner Thursday night and a vegan thali cost 18 pounds. In Toronto thalis were the cheapest canteen-style South Asian food you could get. Like 5 bucks, if that. London is eye-wateringly expensive, even for things that really shouldn't be.

The thing is... as a software developer on a business trip with a 25 pound per day food budget (or 35 pound if i had stayed in a hotel that didn't include breakfast), it doesn't feel unmanageable. And the London coppers appear to do a "great" job keeping the riff-raff out of the rich areas. Which is probably all of the areas i visited. So, as a business traveler, the place feels welcoming and affordable.

But if i had to pay for it out of my own pocket, i would shit bricks. That's how it starts, though, innit? Businesses have money to burn and write all the expenses off as a tax deduction anyway, meanwhile regular people can't live any more.

The locals i talked to said the areas round my work were always rich so whatevs. They say the real gentrification is in the east end, which i didn't visit at all.

I probably missed out on the "real" London. But it was a business trip, so i didn't expect to see much anyway.

This afternoon i walked to the train station to take the train down to Brighton. I'll write more about this place later, but fuck. I remember leaving London. The row houses. The chimneys. The bricks. The hills. Snippets of early memories.

I remember walking St James park too. Thistles. Holly. Foxglove. Daisies. All these plants that are completely unremarkable to locals... but when you lived in other countries where they are rare or non-existent, it's a nostalgic smack in the face to see them all again.

There's a lot of London that is clearly different. Like, skyscrapers and Starbucks. But the general vibe felt the same, although much quainter and quieter than it had been in my head.

I was surprised how much i didn't hate it.

I have more to reflect on, but that will be an entry i should do less drunk.
Collapse