Today i wanted to get out of the house but i didn't know where. I had the idea to go up to Dongguan again, despite that fact it's Sunday and i wouldn't be able to overnight.

I left after noon, and lordy it was hot. I think it was "only" around 34 today, but the humidity was close to 100%. Occasionally a thunder clap rattled windows and a few large drops of water cooled my shoulders.

I headed north past Yangtai mountain up into Guangming and Bao'an districts. Every time i go up there i plan on taking a different route, but the way the roads are structured i keep ending up on the same one.

It's tough to adventure up there. There are very few share bikes, so i'm loathe to leave mine anywhere lest i get trapped. There are a few scattered urban villages, but a lot of the space is taken up by huge industrial complexes packed with factories and distribution centers and workers' apartments. I know from going through some of these in Longhua and Longgang districts that unless they are making iPhones you can just wave to the security guard and go on in, but i also know they're all surrounded by ditches and brambles and there's only one way out so you can't really use them as shortcuts. 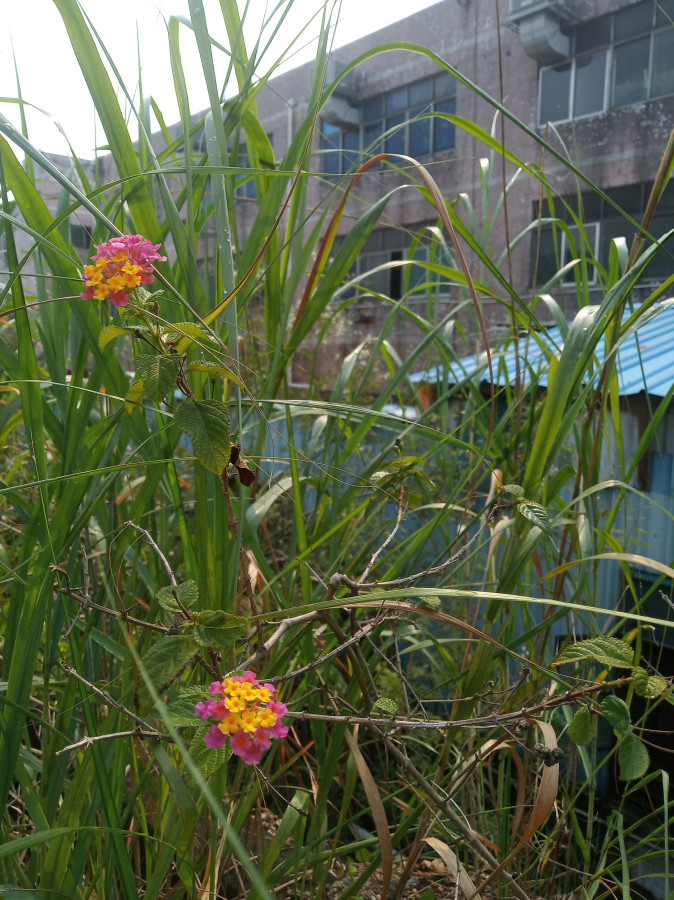 I guess it's these industrial parks that ultimately get replaced by vast residential gated communities. I think it's worse in the northern cities, but Shenzhen unfortunately has its share too. Suburban China might have a greater population density than suburban America thanks to the highrises, but it's just as hostile to pedestrians thanks to the superblocks and gated communities. I really hope the city planners figure out how not to fuck it up when Guangming district inevitably gets colonized by the bourgeoisie.

But right now, there are still squatters living in a no man's land behind the reservoir. I cycled around trying to find a way out (there wasn't one), and got to see a glimpse of how these guys live. The dirt paths are just wide enough to ride a trike, and they wind back and forth amongst the trees. There are a few shacks. There is no plumbing. There are some vegetable patches, which perhaps provide goods to sell at the market. I guess they'll stay until some property developer pays the police to kick them out. I made it up to the penultimate subway station, not too far from the Dongbao river that is the border with Dongguan. It took me over 3 hours to get up there and the last half hour i was fighting nausea and exhaustion. I suspect i was heading for heat stroke so i didn't even bother to find a 刨冰 (shaved ice) or any snacks, i just went straight into the subway station. (Subways here are air-conditioned and freezing fucking cold.) As soon as i sat down on the train i passed out, which was embarrassing because i dropped my phone on someone.

On the way home i found a new street food i have never seen before, so i bought it to see what it was. It was cooked in some kind of deep waffle iron type thing and looked like a hockey puck. Biting into it, i discovered it was some kind of pancake or cornbread on the outside, and on the inside was a seasoned egg. I added chili sauce. It was very good. I never really liked eggs even when i wasn't trying to eat vegan, but this egg really hit the spot. It was like a tiny breakfast surprise, a gooey little protein punch, and exactly what i needed after the exercise. I forgot to ask what it was called.

When i got home i cooked soft tofu and choy sum and ate it out of 馍/mó, which is a pita-like flatbread from the Central Asia end of China. I also had a carrot and some rice crackers because why not?

It was a successful food day, and a successful getting out of the house day. I still have sunburn and a headache but that's okay. I think i have a jelly cup in the fridge.

Here is a picture of a random mountain and river that was formerly the ass end of a factory. It looks to be on its way to becoming a park. 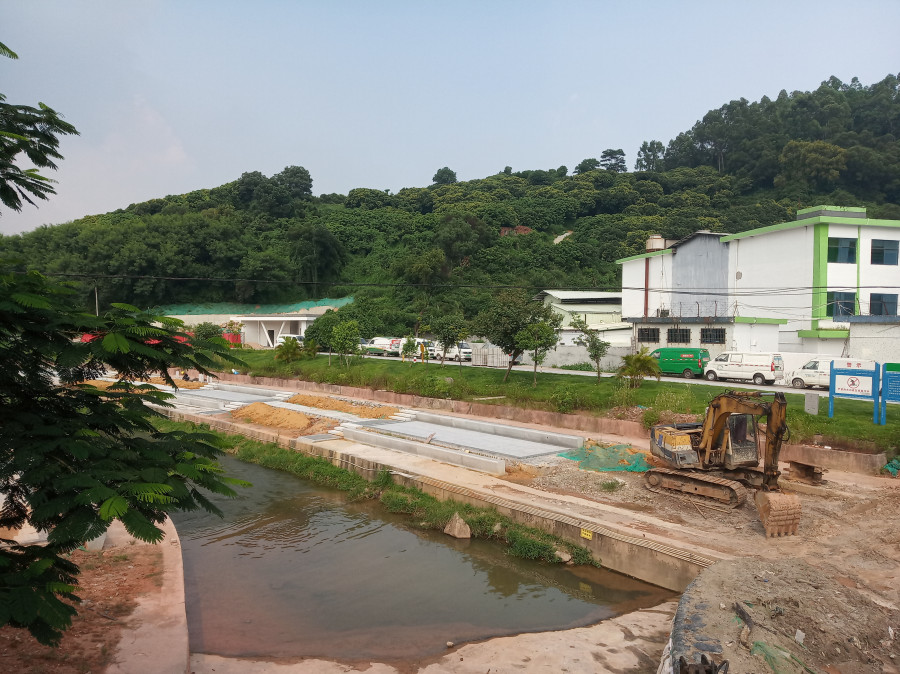