You know what's better than alcohol? Climbing a mountain.

I know many readers are going through tough times right now so i am going to endeavor to keep this one light. No politics. Pretty flowers. Selfie.

A year ago on Pi Day, my mother passed away. I'm glad she passed away on Pi Day, or i would have forgotten the date. I actually did forget the date, yesterday, because i had a very bad hangover.

Today i went to the wet market to buy some vegetables. There were a lot of people out. I'd say my village is now looking like about 70% reopened. My favorite 川湘 (Sichuan/Hunan) place is still not open and i don't know if the owners will ever come back, but i sat down at the Dongbei dumplings place to get egg and chive dumplings. Not vegan, don't care. It has been so long since i was able to get outside food that wasn't a 肠粉.

When i got home i had an urge to go on an adventure, so i walked out the checkpoint and jumped on a share bike. Just pedaling up the foothills was a real struggle. 6 weeks since the last time i did any exercise and 8 weeks since i last biked to work, my body is not at its best. I was thinking of just doing a loop around Xili reservoir, because it would give a long downhill glide at the end, but when i got to Dakan village i changed my mind and decided to climb Yangtai mountain.

I had to pass through two checkpoints to get there, but unlike the checkpoints around my village, these were checkpoints that allowed "outside people" through. Walking out to the end of the road and past the shacks with barking dogs and squawking ducks already made me feel better.

That's when i remembered climbing Yangtai mountain after mom died. I know she would have hated bushwalks in China, what with all the concrete and steps, but the south side of Yangtai is about as bush as it gets in Shenzhen city. It's all dirt trails and several slopes are steep enough that you need to get scramble up on all fours. I feel like a part of her spirit is there on that mountain, flowing between the sweet smell of longan trees, perched on a rock overlooking the Pearl River. There were a lot of people on the mountain. Way more than i expected, given the circumstance. But thinking about it another way... movie theaters are closed, KTV is closed, bars are closed, theme parks are closed, even some regular urban parks are closed... going for a hike is one of the few things you can do. And the best part is, no fucking police up there, so most everyone had taken off their masks. Unfiltered air!

I cannot tell you how good it felt to stand on top of the boulders at the peak and lift my hands up to the sky. I wasn't the only one. People were so fucking thrilled, hollering and wooping with joy. Chinese are pretty loud hikers at the best of times, blasting their tunes, singing and chattering, but this felt different. I needed this. I think we all did.

Just around Big Yangtai peak, the paths become paved. The north side of the mountain is thoroughly developed. There are trash cans and signs and manicured gardens and ... bronze lamp posts. 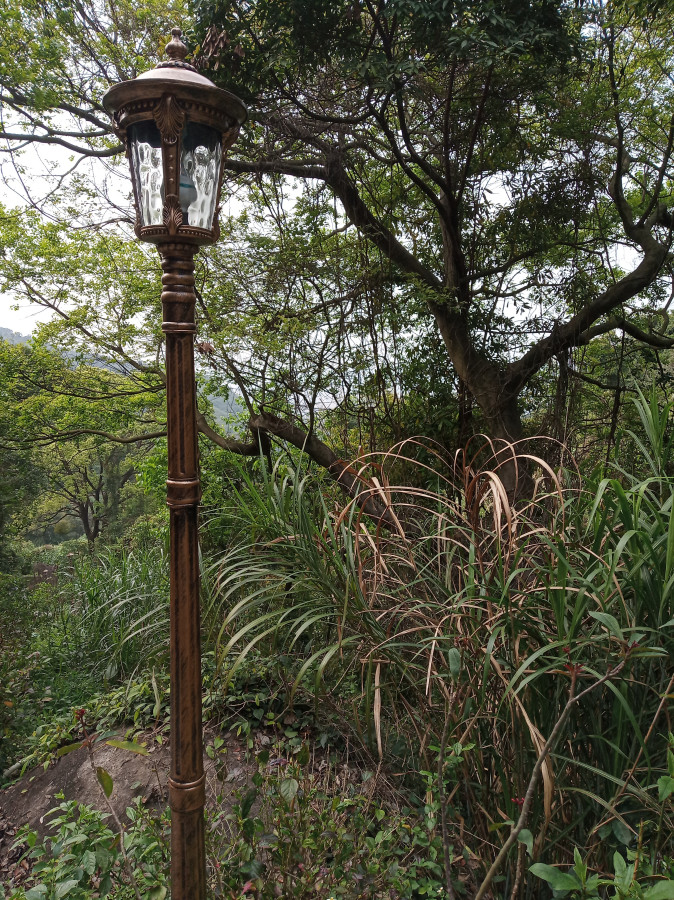 This is peak fucking China right here. Some park designer looks at a mountain trail and thinks to himself, "What would really make this trail awesome? I know! Bronze lamp posts every 20 meters". I can't. Who comes up with this stuff? It was like an entire trail of The Lion, The Witch and the Wardrobe.

Further down the mountain they've now created two huge new ponds for kids to try catch fish in. The place was crawling with the little rascals, and that made me smile under my facemask (back on again, to put the parents' minds at ease). One kid didn't have a net so he'd fashioned one out of a plastic bag and a stick of bamboo.

I walked down to one of the curated waterfalls and sat on a rock like some ancient poet. 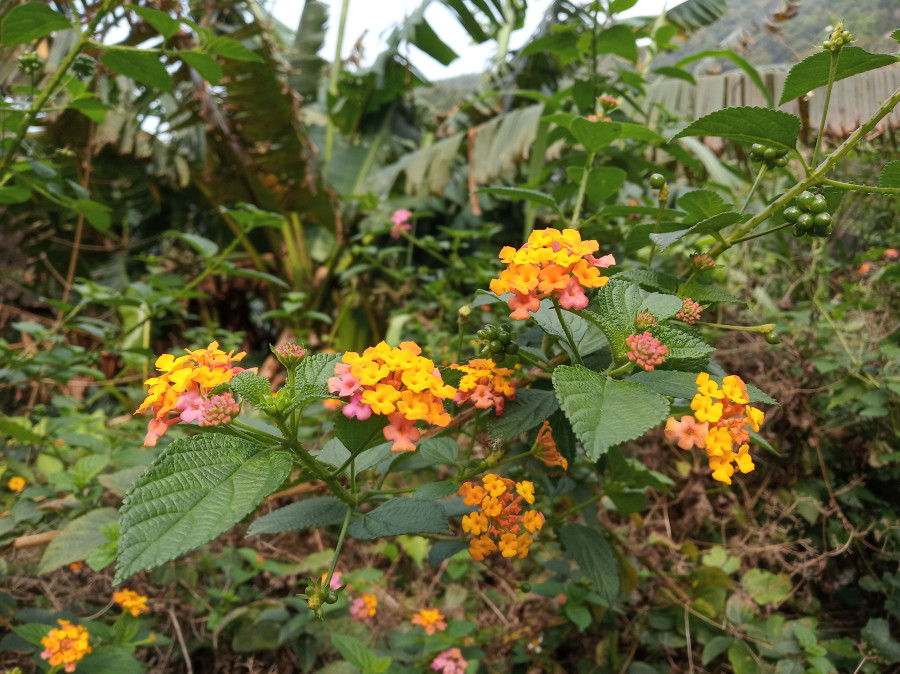 More Chinese mountain stories... the hustlers were back, hoisting their packs full of tofu and string cheese and chicken feet to the top of the mountain and surreptitiously selling them to hungry hikers. And herb gatherers were out in force too, collecting all manner of weeds and exchanging rumors and tips for the best coronavirus remedies.

Down the bottom i walked in the direction of the nearest bus stop, but got caught up in the ongoing lockdown. In that end of town there are far more urban villages than there are here, and they overlap one another. I tried to negotiate with the cops to let me through, but no dice - my 通行证 only works for my own village. This led me on a circuit around three different villages to try find a route to the bus stop on the main road just behind them. 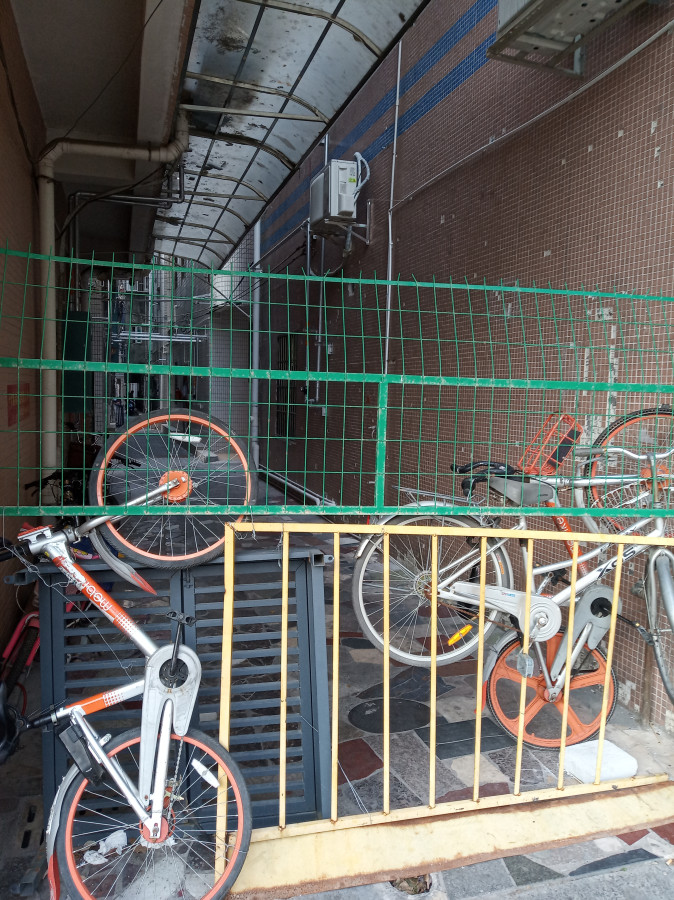 It was worth it, though, because on the way i found a 锅盔 (Chinese naan) guy and had my first taste of decent bread since 8 fucking weeks ago when the 锅盔 guy downstairs closed up for Chinese New Year. Man, that seems so long ago...

The restaurants up in Bao'an District are so much better than here in hoity-toity Nanshan, even i live right on the edge of Nanshan. Even without being allowed into any of the villages, they had all the stuff i love to eat from Hunan, Sichuan, Shaanxi, Chongqing, Wuhan... On the flip side, although the restaurants were open, there were a lot of shuttered shops. Way more shops yet to open than in my neighborhood. They're probably hurting from the lockdown making through-traffic very difficult. 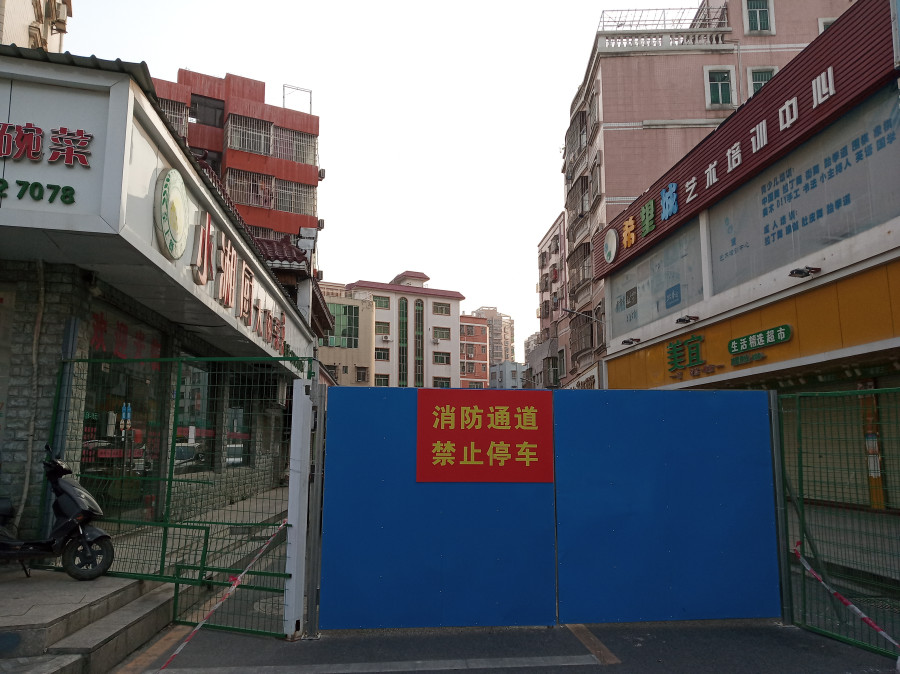 I'll tell you who was doing a roaring trade - moped drivers. They were all over the place, zooming people the long way round to the bus stop.

The bus is the first time i have ridden public transport since the lockdown. I have been a bit afraid because the city is reporting all kind of regulations, most notably on the subway where you must pay with a new app that is linked to your real name so that the government can track you between different stations. Fortunately the buses are still more lax, so the only regulation is that people must sit in separate seats, and the "trash can" - primarily used as a spit bucket - has been removed. People still spat out the window.

One woman was rattled, though. People were assigned seats, and she was visibly uncomfortable at having to sit in a seat with a person in the row both in front and behind. At one stop, when the conductor enforcing the seating arrangement was occupied, she fled to the back of the bus. That is exactly the kind of fear and panic that has made society garbage for me during this lockdown. Judging by some of the questions in my work's coronavirus chat, it seems to be far more common amongst the young and middle class. They were already terrified of "low-end population" before the coronavirus and now it seems even worse.

Anyways, she got off, the mood lightened, and i jumped out at the stop by my village. Flashed my pass, through the checkpoint, back home. I thought i'd write this post while i am still on a bit of endorphin buzz and before i cook up dinner. I'm going to prepare mapo tofu, crack a can of 珠江啤酒 Pearl River beer then watch DC Legends and Star Trek: Picard.

Today was a good day. I need to get on the mountain more. 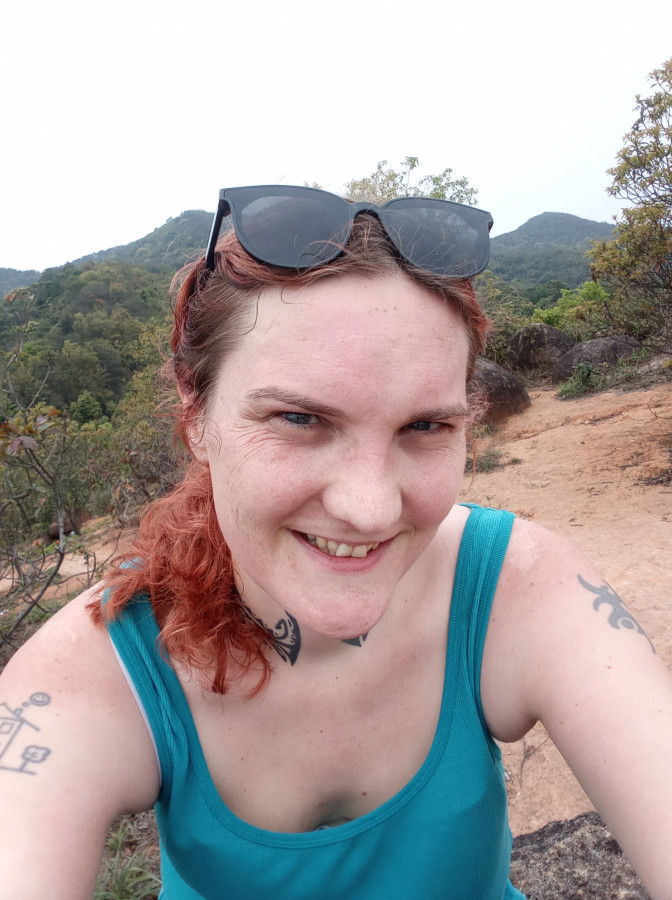