I have been teasing a post about Köppens for ages now. (Yes i nouned it. Sorry to my legions of readers who are very serious climate scientists.) It's part of a series where i am trying to explain how i think about where i go when i travel.

Here are some of the previous posts to get up to date...

How do all of y'all decide where to go when you travel?

I've talked a bit about the narrative connection that i have from my ancestors, or from stories that captured my imagination as a child. That's what tends to create the initial spark for me, something that piques an interest. But after that, i look up the place on Wikipedia and think about the practicality.

So first is Köppen climate classification, but after that perhaps is population density (less density if i want a quiet destination, more density if i want somewhere with stuff going on), then linguistic and ethnic diversity (more diverse places interest me more than less diverse places), then Gini coefficient (less gap between the rich and the poor is better).

But the climate is always the first thing. I don't like going places where it is cold and it rains. Especially not both at the same time.

You might think that climate is kind of a dumb way to classify the world, but i believe it does have an impact on the culture.

I know most of my readers are American, so let's take a look at America. 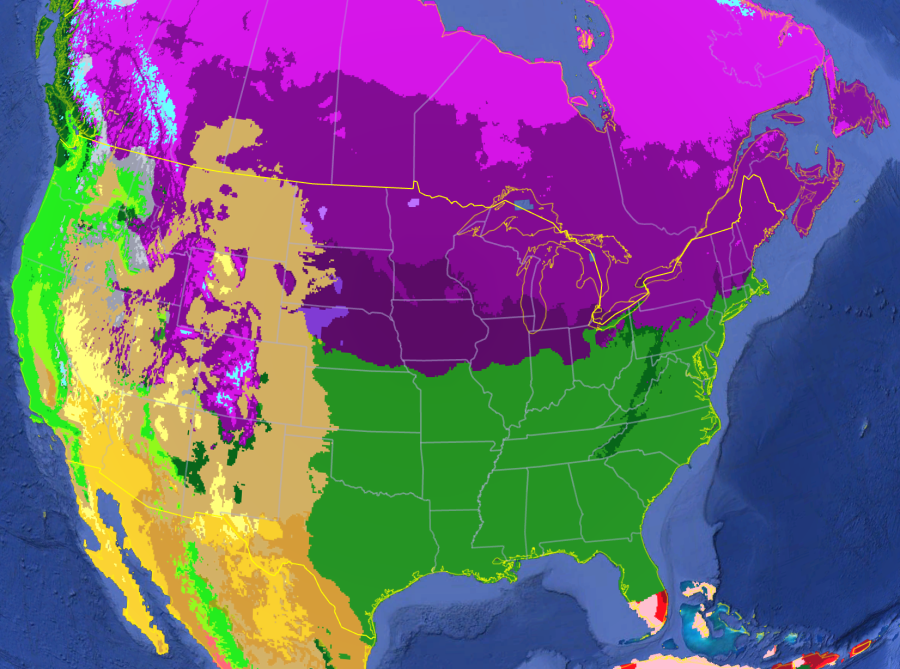 Although there are slight differences depending on researcher (Rubel et al: http://koeppen-geiger.vu-wien.ac.at/present.htm, Beck et al: https://www.nature.com/articles/sdata2018214) - notably whether Boston and New York are still lumped in with the Dfa midwest or climate change has pushed them into the Cfa south - but the maps do roughly show the split between the northeast and the Bible Belt, southern Florida (as distinct from northern Florida), the rugged plains/mountain states, the PNW/NoCal and the southwest.

These climate zones have a decent overlap with sociological attempts to demystify American regional culture, like Joel Garreau's The Nine Nations of North America and Colin Woodard's American Nations: A History of the Eleven Rival Regional Cultures of North America. They also indicate to me that people living in certain parts of America have more in common with their Caribbean, Canadian or Mexican neighbors than they do with their fellow Americans. This is called bioregionalism and it's something green anarchists like to ponder. 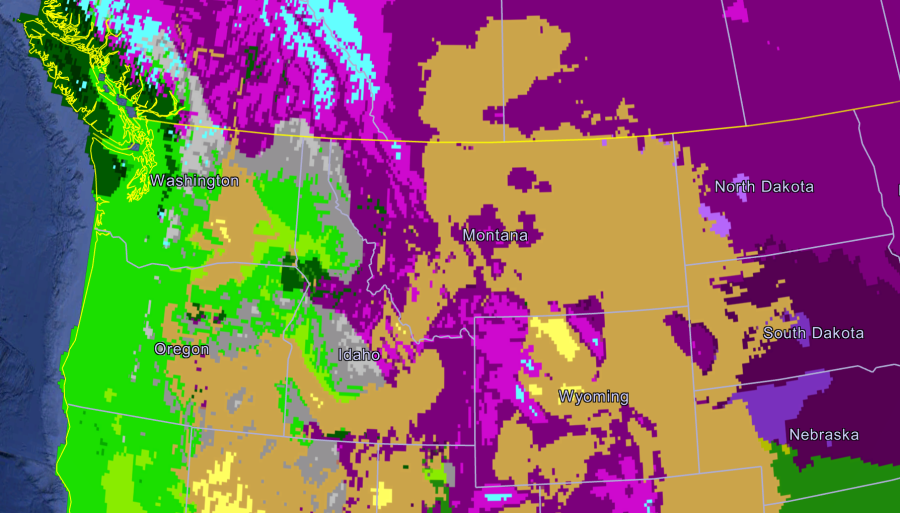 Anyway, if you look real close at the northwest corner of America, you can see a few tiny stripes of BSk steppe that extend north of the border, one of which i moved into. Deliberately. Because i did not want to try make it through a cold and damp Cfb/Csb winter, like people in the coastal PNW have to endure.

I noticed how the climate seemed to reflect the culture in China too. The difference feels stark in these big countries. If you look at a picture of China a huge portion of the country is made up of ET Tibet (stretching from Nepal almost all the way to Chengdu), BWk western China (stretching from Kazakhstan through Xinjiang and into the Gobi desert), and Dwa northeastern China (next to Russia and North Korea). Beijing is in a small island of BSk steppe just east of Inner Mongolia. But what most people think of when they think about China is either Cfa "Yangtze heartland" around Shanghai, Wuhan, Hangzhou etc or Cwa "typhoon alley" which mostly is along the southern coast stretching from Hong Kong to Vietnam. The cuisine, the architecture, the language, it's quite different in these disparate regions.

But even in smaller countries you can see the differences too, like the split between northern and southern Taiwan (which matches a linguistic and political divide), or the line that divides "snobby" Melbourne from Australian cities further up the east coast, or in Europe, where the climate zones almost exactly run along the historical political divisions of west, south and east. Having spent time in several of these places, and experienced the differences between cultures in the same country and similarities with cultures in neighboring countries, i do tend to put a decent amount of stock into the Köppen codes acting as cultural indicators.

I wonder how i would describe the BSk culture of the town i live in now? Does it have more in common with towns in that flat and sunny corner of Alberta, heading down into Montana, Wyoming, Colorado and New Mexico? Or does it have more in common with Rocky Mountain men and our coastal Cascadian friends, both of whom are actually much closer, physically speaking? People here do like to walk around with their shirts off. But, also, salmon fishing is a thing.

Maybe when you live in a microclimate, the cultural connection isn't as strong.

But my preference remains.

This post has been brought to you by the news that next week the whole damn week is finally going to be above 30 degrees (86F), and my slow and reluctant move back to travel planning, now that the second shot and a reopening of the US border is on the horizon.

In a future post i will perhaps talk about some of my bucket list destinations, and try crystallize my next steps.
Collapse