Today it hit 38C/100F. We are dead in the middle of the heat wave hitting the west coast. Tomorrow and into next week the temperature will be above 40. Farmers are worried, climate scientists are worried, people sensitive to the heat are worried... I am just happy that winter is finally fucking over. And our COVID numbers are finally back at what they were last August, back when it seemed like Canada actually had this shit under control.

I have spent the last week or so getting my shit ready for leaving. The vaccine supply has ramped up enough that they're now saying second shot will come 2 months after the first one, instead of 3 or 4. That means mid-July i should be good. There is also a chance that the ongoing border closure to the US might be lifted July 21 (at least, that's the current deadline - they keep extending it). Inter-province travel will probably happen again in the next few weeks.

So, it's time to go. Time to have that summer (well, late summer) travel experience i wanted to have and didn't get to do last year.

I am thinking of bike touring. Hell, i'm not thinking of it. I am going to do it. I ordered a tent and a water filter and a bear bag so if i break down in between towns i can camp by the side of the road and hike to the next town. And, if it turns out i actually like sleeping rough, i might just stealth camp instead of forking out the scandalous amount of money that even the sketchiest motels charge for a bed in North America.

I am not sure if i am fit enough to tackle the Rocky Mountains, or the Cascade Range, or even the lesser mountains around the Kootenays. But i think i am fit enough to bike my ass down the Okanagan. And that means i get to see the number one place i want to see in Canada, which is Osoyoos. It's another little strip of BSk climate and about as close as Canada gets to a desert.

Osoyoos also happens to be right on the US border, and at another little crossroads. Go west, through the Kettle Valley Rail Trail all the way to Hope, then down to Vancouver. Cross the border and go south, downhill most of the way, to Wenatchee and the BNSF Hi-Line. Or go east, through the Kootenays and the Rockies to motherfuckin' Alberta, like a fucking boss.

If i did manage to make it across the Rockies, i'd get to visit another one of my Canadian bucket list places - Milk River, which cuts through a badlands, and is the only Canadian river that goes all the way down to the Mississippi. At that point, instead of biking all the stupid ass way across Canada, i could again turn south to Shelby, which is also on the Hi-Line. Most freight trains blow through to Havre... but the Amtrak stops!

Then, who knows? Amtrak to Milwaukee or Chi-town, bike over to Detroit and see my friend R in Windsor, then either up deeper into Ontario to catch some other friends, or nope outta cold-ass Canada and head south to Miami where i can catch a boat to the Caribbean. Maybe i can visit all y'all southern readers along the way.

Or maybe i will do none of this, because i will break a spoke and get eaten by a bear 20 miles in. Or i will get 200 miles and think... fuck this stupid shit, what kind of idiot rides a bicycle across the country. Whatever, you know?

I mean, what's the worst that could happen, right?

Probably the worst that could happen is it rains. So it better fucking not rain.

Well, at least for the next week it will not rain. Or drop below 40 degrees. Yeah, it's hot. But it's a dry heat. 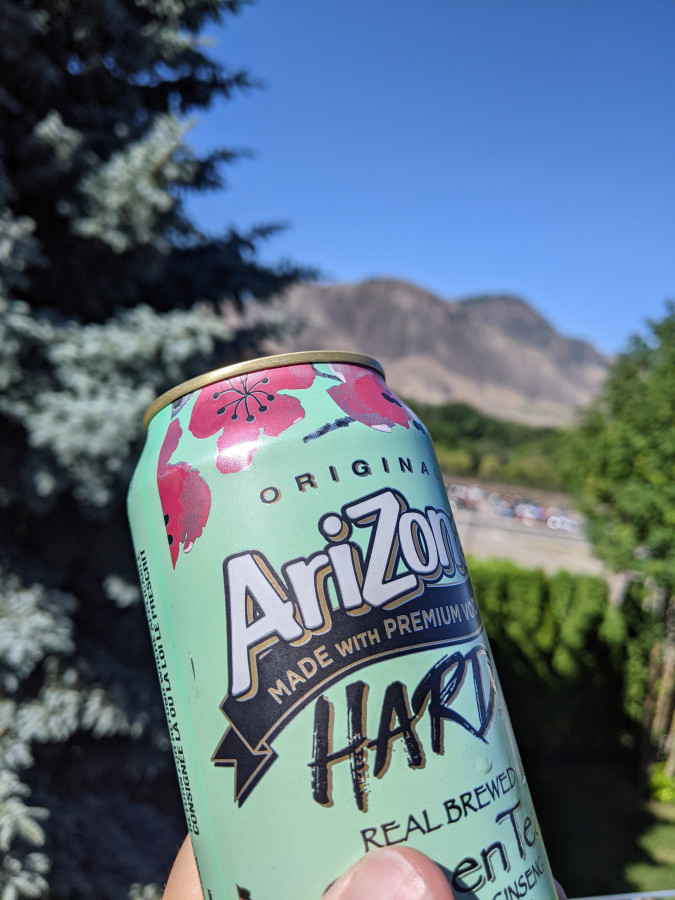